“Well, honey,” I said to my husband, Larry, “I would really like our side yard to be all concrete so we can put the trash cans there.”

Larry stared at me as if I were from outer space. “Why would you think that? I’m not even going to put the trash cans there.”

I felt as if my spirit had deflated, like a balloon being poked with a knife. His voice sounded so gruff. Did he really think my opinion was worthless? I shrank back and decided, “Well, since everything I seem to say is worthless, I guess I just won’t say anything.”

The tension between us had been growing since he had retired, and we’d decided to move to a newly built home, requiring what seemed like thousands of decisions to be made. We often commented “We sure are under a lot of stress,” but somehow after almost 32 years of marriage, we really couldn’t think that it could truly affect our relationship. But it did, and I wasn’t happy. Larry and I rarely initially agreed on anything for the house; he was around 24/7 since retirement in January; and we had moved a distance from family and friends. Stress? What stress!

To make matters worse, I knew I was feeling super-sensitive to Larry’s comments because my hormones were raging. Oh, menopause, here I come! It seemed like nothing Larry did pleased me. Even when I expressed my wounded feelings, and he said he didn’t mean to hurt me, I couldn’t accept it. I viewed everything he did through a negative filter that considered him my foe, rather than my ally. I knew I was wrong, but I couldn’t seem to stop my mental review of his faults and “meanness.”

Then last week, I called Larry from a speaking engagement in a distant city. After he asked about my speaking, he said, “Kathy, the Lord has convicted me about something and I want to ask your forgiveness. I’ve been thinking that your super-sensitivity was your problem, and you needed to deal with it. But I haven’t been your spiritual leader by helping you. I’m so sorry. Will you forgive me? I want us to work on this together and we’ll do anything we need to do to help us overcome this challenge.”

I couldn’t believe my ears. As he spoke, I felt like a burden fell off my shoulders. He really cared! He really was sensitive to the Lord. I was so pleased and expressed my appreciation.

But I didn’t realize the difference it would make in my perceptions. By the next day when I returned home, I felt completely different toward Larry. My negative filter was gone. I fell back in love with this wonderful guy, and when I expressed my surprise at what had happened, Larry replied, “I’m not surprised at all. I knew my confession would break the bondage holding you. I hadn’t been the spiritual leader in caring for you and the Lord assured me that taking that leadership would give you the freedom you needed.” He smiled, and I couldn’t have been more thrilled.

The power of a confession. Asking for forgiveness is a powerful healer, and it breaks bondages that can hold us and cause destruction. James 5:16 says, “Therefore, confess your sins to one another, and pray for one another, so that you may be healed.”

I’m grateful for a husband whose obedience to the Lord ultimately set me free. Is there someone who needs your confession today?

About the author: Kathy Collard Miller loves to speak and write about how God’s children can trust Him more. She has spoken in over 30 US states and 8 foreign countries. She has over 50 published books including At the Heart of Friendship: Daughters of the King Bible Study Series. Larry and Kathy live in 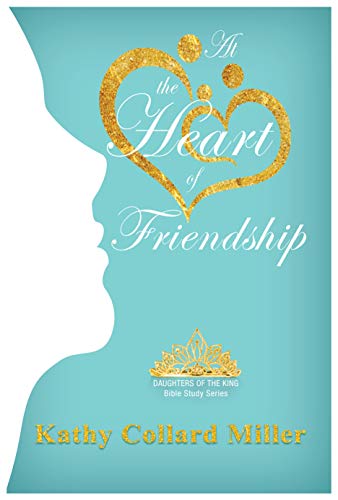 Join the conversation: Have you experienced the power of confession in your life? Please share!