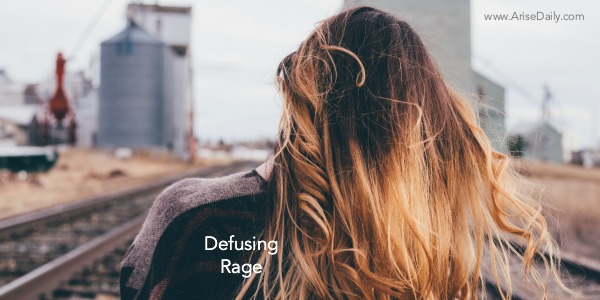 “A gentle answer turns away wrath, but a harsh word stirs up anger.” Proverbs 15:1 NASB

I love my man, Chuck. I do. But sometimes he baffles me.

Like the time he noticed the philodendron in my flowerbed had grown so big it blocked the sprinkler. So Chuck, with his logical, fix-it left brain, hacked it off at its base. He’d somehow missed that the whole point of the sprinkler was to grow the plant big.

Now you have to understand that the flowerbeds are my domain. I carefully nurture every plant, talking and sometimes even singing to them. Don’t laugh. They’re my little green babies. So imagine my horror when I found my gorgeous six-foot philodendron stretched out like a dead body beside the garbage can.

I was so devastated I could barely breathe. I turned to stare at the gaping hole in the row of seven enormous, wondrously healthy philodendrons I had planted and lovingly coaxed to adulthood during the past three years. The one in the middle was missing like a six-year-old’s front tooth. The one by the sprinkler head.

I wept. Then I got mad. I was ready to blast the cold-blooded murderer.

But then I remembered the funeral I’d recently attended, during the heart-melting eulogy, the husband of the deceased praised the way she’d held their marriage together for 58 years and said in a grief-choked voice, “She never looked down on me in all those years – she always looked up at me in respect …even when I didn’t deserve it.”

Whoa. Those words hit me hard. I was so convicted about criticizing my husband – sometimes in my own mind, sometimes out loud – that I vowed to try harder to curb my sharp critique tendencies. My husband didn’t need a finger wagging in his face; he needed respect.

“Lord,” I prayed, “help me understand, not criticize him. I know he was only trying to help. Glue my mouth shut. Morph my wrath into gentleness. Help me appreciate, not blast him.”

So as hard as it was, I swallowed my harsh words. And recited my verse of the month: “Keep your mouth shut, and you will stay out of trouble” (Proverbs 21:23 NLT).

Later that afternoon, I went back out to the flowerbed to attempt some damage control. To my surprise, there in the gap next to the stark green stump, stood my listing, drooping philodendron. Chuck had dug a hole and tried to replant the poor rootless thing. He’d even watered it.

I burst into tears again, but this time they were warm tears of gratitude mingled with salty tears of joy. Oh, I knew there was no hope for the philodendron, but the point was that by me not blowing up and instead allowing the Holy Spirit to calm me down, what could have been a marital Mt. Vesuvius … wasn’t.

And because of the Helper’s intervention, Chuck got it. Without feeling criticized or belittled, he got that he’d unwittingly broken my heart and was doing his best to redeem the situation. How can you not love a guy like that?

These days, a rocky marriage is far more common than a marriage that rocks. Discerning intent is crucial when we’re tempted to blast Spouse for something he did that we found hurtful. Perhaps the results of his action turned out badly, but what was his true intention?

Replacing harsh words with gentleness is not something that comes naturally to most of us. Sometimes we need a glue stick instead of lipstick. Thankfully the Lord of rage diffusion is well-stocked.

“Above all, love each other deeply, because love covers over a multitude of sins.”  (1 Peter 4:8 NIV) 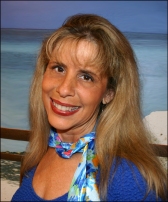 About the author: Debora Coty lives, loves and laughs in central Florida with her longsuffering husband, Chuck, two grown children and four energetic grandbuddies. Debora is a popular speaker and award-winning author of over 40 inspirational books, including the bestselling Too Blessed to be Stressed series. Join Deb’s fun-loving community of BFFs (Blessed Friends Forever) at www.DeboraCoty.com.

Join the conversation: When was the last time the Holy Spirit prompted you to keep your mouth closed? 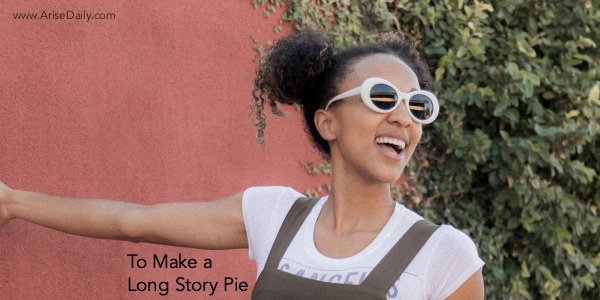 Isn’t it great when someone says, “to make a long story short…”? Because then you know to cancel your plans for the rest of the day.

I know what you’re thinking. You’re thinking I’m not one to talk about long stories or the people who tell them. I’m known for being more than a little on the wordy side. And still, even in a personal conversation, I sometimes have trouble listening to others whose presentations are longer than three minutes. Especially if they don’t have visual aids.

People. Give me a cartoon. Flannel board, maybe. A graph or a nice pie chart even. Not necessarily because of my inability to focus or anything but it’s always good to be—hey, now I want pie.

Speaking of the abrupt segues of people with short attention spans, I opened the microwave the other day and found a piece of pie in there. I thought, Where in the world did that come from? Then I remembered. I put it in there two days before. Wow, bet that thing is done now.

All focus deficits aside, I really am trying to learn to listen better. Even without the pie chart. Or the pie. James 1:19 tells me that “Everyone must be quick to hear, slow to speak,” (HCSB). And boy oh boy, can I get those backwards.

So how can we be “quick to hear” and “slow to speak”? Listen faster, speak slower? Actually, I’m quite sure it’s not a matter of speed. More often we need to simply replace the speaking with the listening.

How many times have I already been putting together some kind of “impressive” response in my mind while someone was still talking? All too often I should still be listening when I let my words take control of my brain and my lips. Letting our words take control is letting our flesh take control. And you can bet sin won’t be far behind.

Words out of control can lead to anger and all kinds of sinful responses on both sides of a conversation. James connects words and the angry responses we need to avoid in that very verse when he calls us to be: “quick to hear, slow to speak, and slow to anger,” and the next verse explains that “man’s anger does not accomplish God’s righteousness” (James 1:19, 20, HCSB).

Proverbs 10:19 says it well. “When there are many words, sin is unavoidable, but the one who controls his lips is wise” (HCSB). If we desire to live well—to “accomplish God’s righteousness”—maybe we don’t need to be as concerned about an attention deficit as we are about giving our attention to the right things. We’re not walking in righteousness, nor encouraging it in others, when we let our me-focused words run wild, when we focus on having our say rather than finding ways we can use our words to build up another, and when we let our focus slip away from genuinely caring for the people the Lord has called us to love.

O Lord, may my focus be always on You. Use my words to love others in Your name.

I do want to love others with sweet words of grace, Proverbs 16:24-style. “Pleasant words are a honeycomb: sweet to the taste and health to the body” (HCSB).

And forgive me if it’s the ADD talking here, but to me, that sounds a whole lot like pie.

About the author: Rhonda Rhea is a TV personality for Christian Television Network and an award-winning humor columnist for great magazines such as HomeLife, Leading Hearts, The Pathway and many more. She is the author of 17 books, including the Fix-Her-Upper books, co-authored with Beth Duewel, and the hilarious novel Turtles in the Road, co-authored with her daughter, Kaley Rhea.

Rhonda and Kaley have just released a new novel, Off-Script and Over-Caffeinated. When the Heartcast Channel Movie

division announces they’ll briefly be allowing submissions for new Christmas movies, Harlow finds herself paired with a reluctant co-star. Jack Bentley may be the biggest Heartcast Original Movie name in the business, but he is anything but formulaic.

Join the conversation: Have you found ways to make yourself a better listener?