For the Lord is good.
His unfailing love continues forever,
and his faithfulness continues to each generation.  Psalm 100:5 NLT

In seasons where prayers go seemingly unanswered, you may find yourself riddled with doubts and questions. At least that’s how it is for me.

I’ve been praying over a prodigal for over ten years, and despite my fervent prayers, she continues to make excruciatingly painful choices. I find myself asking God a lot of doubt-filled questions. Why God? When God? How did we get here God?

When I think my prayers are going nowhere and questions and doubts are mounting, I find it incredibly helpful to return to the basics.

For me, that means I cease and desist with the questions, and start digging into God’s Word. As I begin reading its truths, I rediscover a Heavenly Father who is faithful and good. I am reminded that He hears every prayer. His Word assures me He is answering my cries, even if I can’t see or feel Him doing it. And as I soak in those truths, my questions and doubts dissipate.

Going back to the truth helps me to stop my faulty thinking. It inspires me to stop going off on my own and abide once again in Him.

Recently, as I struggled with my prodigal’s situation, God led me to John 15:5: “Yes, I am the vine; you are the branches. Those who remain in me, and I in them, will produce much fruit. For apart from me you can do nothing” (NLT). The verse reminded me that going ahead of God, demanding that He do things my way and on my timetable, is the opposite of resting in Him. It’s counterproductive, because He is the source of anything good that can be accomplished. Remaining in Him gives me strength to live out the truth. Ultimately, I can accomplish nothing on my own.

But as vital as it is to our spiritual health, the whole remaining in Him thing is easier said than done. So I tackle that challenge in much the same way as I do those doubts and questions. I post encouraging Scriptures on paper sticky notes, on my computer screen, and my cell phone. So when challenges to trusting God resurface, I go right to those prompts to remind me of the truth, which encourages me to stay on course. It keeps me from allowing unbelief to fester.

Living out the truth is an expression of our trust and love for Jesus Christ. His Word says if we love Him, we will obey His commandments. When doubts and questions about unanswered prayers are looming, our immediate obedience might be thwarted. It’s hard to obey someone you can’t trust. Certainly, there is nothing wrong with taking our doubts and questions to God. But allowing doubts to remain unchallenged is destructive.

Are you are in a season where you’ve been praying for someone or about something for a long time without an answer? A journey back to the basics might be helpful. When you start with the truth, remain in the truth, and live out the truth, you will be much more aware of your Heavenly Father present with you and be able to lean into His goodness and faithfulness to every generation. 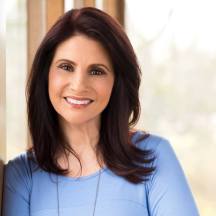 About the author: Monica Schmelter hosts the daily television show Bridges on Christian Television Network. In her spare time, she searches for delicious and decadent calorie- free chocolate. You can find out more about her on Facebook, Pinterest, Twitter, and Instagram.

Got a junk drawer? Ever find yourself stuffing stray items in there without thinking? Monica’s book, Messy to Meaningful, will help you sift through and sort out the unnecessary spiritual things weighing you down. Stop holding on to so much junk that you can’t fit in the good things the Lord is calling you to. Monica, and co-authors Rhonda Rhea and Kaley Rhea will take you through your junk drawer and make you laugh along the way. Find yourself some beautiful…free.

Join the conversation: What truths about God encourage you the most?

I once asked my husband Steve what he did when struggling with doubts about God. “I look back to the many times in our lives when He intervened,” Steve told me. “And I know that He is faithful because I have experienced Him firsthand.”

We experienced that kind of intervention early in our marriage. Steve, baby Adam, and I were struggling to keep financially afloat. Steve was a full-time grad student. I had just finished six weeks of unpaid maternity leave. Our financial status was grim. One day I got a surprise call from my Aunt Fay, who would be in town for a conference. Could she come and stay with us? I was thrilled.

I made a grocery list for her visit. Then I looked in my wallet. There was just enough to buy eggs, bread, and milk. But we also needed formula for the baby: what we had would be gone by early the next evening. Steve and I prayed together that God would provide for our family. I went out and bought the milk and eggs.

Trusting God can be a challenge. Jesus’ disciples struggled with it, too.

One night, the disciples found themselves in a fight for their lives. Wind had surged without warning down the narrow gorge from the north and whipped the sea’s waters into a frenzy.

Some of the disciples knew how to handle a boat. But even the most experienced of the fishermen had begun to panic. The wind would not let up. The boat was filling with water, faster than they could bail. It looked like they were about to lose the battle.

So what did they do? They woke up Jesus, who was sleeping peacefully through the calamity in the bow of the boat. “Jesus! Don’t you care that we are about to go down with the ship?”

In stark contrast to their panic, Jesus calmly sat up. “Be still,” He commanded the storm, with the authority He knew was His. Immediately the wind stopped. The waves became calm water. Nature itself had obeyed the voice of the Lord.

The disciples sat in awed silence. Who was this guy? Even the wind and waves obeyed Him! They might have been scared in the storm. But now they were absolutely terrified.

The disciples already knew a lot about Jesus. They had seen Him heal the sick, cast out demons, and even raise the dead. Yet witnessing the power He had over nature that stormy night gave them a whole new level of understanding. Maybe they knew in theory that Jesus could do such a thing. But it wasn’t until the storm that the possibility became an earth-shaking reality for them.

Scripture contains everything we need to know about God. Most of us could write pages about Him from what we have studied and read. Yet much of what we “know” is really just theory, at least to us. Until we experience His sustaining power and faithfulness firsthand, we cannot truly know God. The storms in our lives serve that purpose.

Theory becomes reality in the storm.

What Jesus had shown the disciples that night was information they would need. Someday they would be carrying forward God’s message of salvation. No longer would they have the comfort of His reassuring presence. But when things got tough, they could look back to that stormy night and be reassured that Jesus truly was the Son of God. What they witnessed first-hand would serve to anchor them in confident trust.

We had a wonderful time with Aunt Fay. The next morning after breakfast, we said our goodbyes. When Steve and I arrived home that afternoon, we found a note folded over a twenty-dollar bill waiting for us. In all the entertaining we did those first few years, not once did someone leave money for us. But that morning, when we were secretly in desperate need, the Lord moved Aunt Fay to leave that twenty dollars. The formula crisis was solved. And we understood better than we ever had before about the faithfulness and trustworthiness of God.

As we face the storms in our lives, we can know that God will be faithful to not only meet our need, but reveal Himself in the storm to us in a new way. It will not be easy. But what we come away with will serve us well for the rest of our days.

For the Lord is good and his love endures forever; his faithfulness continues through all generations.   Psalm 100:5 NIV 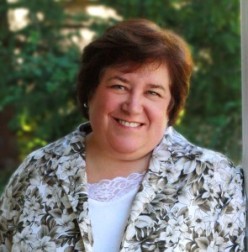 About the author: Julie Coleman helps others to understand and know an unexpected God. A popular conference and retreat speaker, she holds an M.A. in biblical studies. Her award-winning book, Unexpected Love: God’s Heart Revealed through Jesus’ Conversations with Women, was published in 2013 by Thomas Nelson. Julie is the managing editor for Arise Daily. When she is not glaring at her computer, she spends time with her grandchildren, gardening, or walking her neurotic dog. More on Julie can be found at unexpectedgod.com and Facebook.

Join the conversation: How has God revealed His faithfulness to you?

Photo by J W on Unsplash