While living in Honduras to help a missionary doctor, the town lost power. We prepared for many nights of darkness.

I looked to the heavens, holding my flashlight. as I walked the dusty street to Bible study. The stars pierced the sky and I was reminded of God’s covenant with Abraham. “Your descendants will be as numerous as the stars.”

I prayed, “Lord, use me to add to those descendants while I’m here in Honduras.”

As we studied John chapter eight by candlelight, we took turns reading verses. I loved hearing Scripture read in Spanish. Some ladies learning English read their verse in English with some help from me. What joy to share in God’s Word in any language, especially by candlelight. A few ladies did not know the Lord, but came because it was something to do in the quiet little mountain village. They just listened.

My turn came and I read John 8:12 from my ESV Bible. “Again Jesus spoke to them, saying, “I am the light of the world. Whoever follows me will not walk in darkness, but will have the light of life.”

As I declared the second “light,” all the lights suddenly came on. We looked at each other shocked, smiled, then jumped and cried “Gloria a Dios.”

We cried happy tears at God’s faithfulness and clear sign He was with us.

Rosa remained sitting, her mouth wider than her eyes. I had been told Rosa lived a life of gossiping, sexual immorality, and bitterness. She looked at me and said, “We never get power that quickly. I want your Jesus.”

That night, Rosa accepted Jesus’ free gift of eternal life and went home to tell her family. She had been rescued from the domain of darkness to the Kingdom of Light (Colossians 1: 13).

Rosa reconciled with her husband, and the family attends church and Bible study on a regular basis.

A few months later, I said my goodbyes with tear filled eyes, knowing, God continues to fulfill his promise to Abraham by shedding the light of the Gospel in the darkest hearts and tiniest places.

This article is brought to you by the Advanced Writers and Speakers Association (AWSA).

About the author: Cherrilynn Bisbano is an award-winning writer and speaker. As a certified Christian Life Coach Minister, and Ordained Minister, she aims to share the love of Christ wherever God leads. Cherrilynn is a speaker with Women Speakers. She contributes to the Blue Ridge Writers blog, is published in four compilations books, and her book Shine Don’t Whine released in 2020. Cherrilynn served in the military for twenty years, earning the John Levitow Military leadership award. She lives with her 19-year-old son Michael, Jr., and her husband of 22 years, Michael. She fondly calls them her M&M’s.

Join the conversation: Has God ever given you a sign that He is with you? 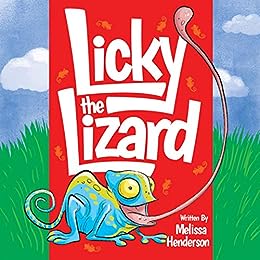 A wonderful part of the Christmas season is the plethora of lights on houses, trees, and shining from windows. The Christmas tree in our home glitters with white lights, reflecting off the ornaments and giving the room a festive glow. Light is a very appropriate symbol to be used at Christmas, since the holiday is all about the birth of Jesus Christ, the Light of the World.

God’s glory has been revealed in light since the beginning of time. In His first recorded words, God said, “Let there be light.” With a blinding flash, creation was revealed.   Genesis tells us that the sun, moon, and stars were not created until the fourth day. What was the source of light that lit up the formless, watery creation that existed at that command? Revelation 21 gives us a possible answer when it describes the future New Jerusalem: “And the city has no need of the sun or of the moon to shine on it, for the glory of God has illumined it.” Creation was made to reveal God’s glory. Maybe God’s glory revealed creation as well.

We read of many examples where God’s glory is revealed as light. When Moses spoke with God on Mt. Sinai, his face had to be veiled when he came down the mountain because it shone. God’s presence filled the Holy of Holies in the Tabernacle, revealed with a pillar of fire that glowed throughout 40 years’ worth of nights. At the Transfiguration, Matthew tells us Jesus’ garments became as white as light. The light of God’s glory stunned anyone in Scripture who was privileged enough to experience it.

When the world was new, God’ glory continued to be revealed at the creation of Adam and Eve. Were they reflectors of a literal light? We do know that God made them in his “likeness.” As originally created, they certainly reflected God’s glory. Then came the moment when they submitted to the temptation placed before them by the Prince of Darkness. At the first bite of that forbidden fruit, the light went out. The curse of sin had descended on creation. Adam and Eve looked at each other, saw their nakedness, and for the first time, knew the sting of shame.

The world plunged into darkness. The sun, moon, and stars continued to provide physical light, but the darkness this time was much more crushing. Man was now spiritually blind. It would take a miracle for him to be able to “see” once more.

The people lived in darkness for many years until God once again gave the command: “Let there be light.” This time, instead of a blinding flash of brilliance, the command was fulfilled in the quiet, unseen miracle of the Holy Spirit planting a baby within a young girl. In a dirty animal stall one night in Bethlehem, the light snapped on for the lost. The Light of the World had come to a people who were blind and hopeless.

As he lived here on earth, he lit up the darkness around him. With his glory he exposed the sin of the proud, hard-hearted religious leaders. From place to place he traveled, healing all kinds of sicknesses and even reversing death, freeing fortunate ones of the consequences of living under the curse of darkness. His teachings exposed the darkness of the burden of sin and revealed the glory of God that had come to save.

Those living in darkness hated the Light and finally managed to orchestrate his death sentence. Even the skies went dark that day as the Light of the World hung on a cross, suffering under the unimaginable burden of the sin of the world. At his death, for a short while it seemed the light had been snuffed out and darkness had finally won.

But in a sunburst of glory that first Easter morning, the Light of the World banished the darkness, dealing Satan a fatal blow. No longer would darkness have the victory. Death had lost its sting.

The command continues today: “Let there be light.” Those who seek him are rewarded with the light of spiritual vision when they are given the priceless gift of salvation. Then they, in turn, are charged to be light reflectors to those within their sphere of influence. They bear witness to the truth, endeavoring to live lives of love while guiding others who remain in the darkness to come into the light.

As we string the lights around the tree and place candles in our windows, let us give thanks to the Light of the World whom these lights represent. The glory that is God’s continues to shine in the hearts of those who love him, made possible by his coming to Israel over two thousand years ago, when God said, “Let there be light.”

About the author: Julie Coleman helps others to understand and know an unexpected God. A popular conference and retreat speaker, she holds an M.A. in biblical studies. Julie is the managing editor for Arise Daily. When she is not glaring at her computer, she spends time with her grandchildren, gardening, or walking her neurotic dog. More on Julie can be found at unexpectedgod.com and Facebook.

Does the Bible depict women as second-class citizens of the Kingdom? Jesus didn’t think so. Unexpected Love takes a look at the encounters that Jesus had with women in the gospels. You will fall in love with the dynamic, beautiful, and unexpectedly personal Jesus.

Join the conversation: Is there another symbol present at Christmastime that reminds you of spiritual truth?