For while we are still in this tent, we groan, being burdened… that we would be further clothed, so that what is mortal may be swallowed up by life.  2 Corinthians 5:4 ESV

After weeks of floating in the Pacific in a deteriorating raft, the well-known Olympic runner turned World War II Airman tasted a heavenly peace as death approached. While gazing at the vast ocean and starry skies, he’d made a promise to God. If the Creator of so much beauty could save him from the dangers he suffered—starvation, thirst, the heat of day and cold of night, Japanese planes overhead and sharks beneath—he would serve him forever.

The sea did not swallow Louis Zamperini. Readers of his survival story, Unbroken, by Laura Hillenbrand, hope his suffering will end as a boat comes into view. Instead, Japanese sailors hauled up his skeletal but yet-alive body. He would spend two long years enduring the wretched holes and brutal conditions of prisoner-of-war camps.

The late evangelist Billy Graham once answered a question about suffering by drawing a horizontal line to represent eternity and then placing a dot on that line to mark an earthly lifetime. The Apostle Paul provided a similar perspective: “So we do not lose heart. Though our outer self is wasting away, our inner self is being renewed day by day. For this light momentary affliction is preparing for us an eternal weight of glory beyond all comparison” (2 Corinthians 4:16-17 ESV).

The best outlook on suffering typically comes from those who have been through it. In the process, they discovered wisdom, strength, or some other gain they deem a worthy result of past travail. Giving birth is one such example.

In our human perspective, Zamperini’s afflictions do not seem to us as light nor momentary. But Paul had plenty of experience to qualify him to speak of hardship: he had survived beatings and imprisonments; he was shipwrecked, adrift and in danger at sea; he endured hunger, thirst, and exposure to cold (2 Corinthians 6:5; 11:25-27).

In the post-World War II years, Louis Zamperini descended into bitterness, anger, and alcoholism. His wife begged him to go with her to hear Billy Graham present a gospel message under a circus tent in Los Angeles. In the crowd on that evening, the nearly broken man heard the young preacher speak about earthly suffering and a loving God who knows the number of hairs on our head.

Through faith in Jesus Christ, Zamperini found redemption. With God’s help, he overcame his crippling hatred of former captors, and he finally fulfilled the promise to serve God he’d made while tossing in the ocean. This man who’d suffered so much lived in peace until his death at age 97. 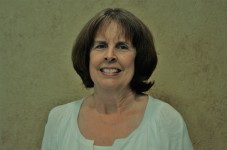 About the author: Patti Richter lives in north Georgia with her husband, Jim. She writes and edits global mission stories for The Gospel Coalition and her faith essays appears at BlueRibbonNews.com.

Patti is the co-author of Signs of His Presence—Experiencing God’s Comfort in Times of Suffering. It is the story of Luann Mire, whose godly husband was blindsided by an indictment due to a former employer’s tax fraud. The resulting prison sentence and restitution took the once joyful couple into a long season of suffering as they fought judicial tyranny. Helpless to change her situation, Luann endured a painful examination of her life and found God faithful to His promises.

Join the conversation: How did trusting in Jesus Christ change your life?

One thought on “Swallowed Up by Life”