The head jailer gave Joseph free rein, never even checked on him, because God was with him; whatever he did God made sure it worked out for the best.  Genesis 39:23 MSG

If you want to read his story, it’s found in Genesis 37-50. It’s not a pretty account. His jealous older brothers sold him into slavery. His life in Egypt was a series of trials, like being falsely accused and thrown into jail. But Scripture assures us: God was with him and granted favor, which extended to those around him.

He was eventually given leadership over his fellow inmates. After years, he was asked to interpret a dream for the pharaoh. The king, seeing his wisdom and personal connection with God, set him above all of Israel. As a result, he was able to save millions of people from a famine, including his entire family back in Canaan.

So why would I want to be like Joseph? The first reason is that in all of the trying circumstances, and there were many, Joseph never complained. He didn’t turn bitter, or rail against God. Ever!

It seems likely that Joseph had learned to trust God from an early age. The Bible mentions repeatedly that Joseph was a man of integrity, always choosing God’s way when tested.

The second reason I admire Joseph is explained best in Genesis 50:19-21, when Joseph told his brothers: “’Don’t be afraid. Do I act for God? Don’t you see, you planned evil against me but God used those same plans for my good, as you see all around you right now—life for many people. Easy now, you have nothing to fear; I’ll take care of you and your children.’ He reassured them, speaking with them heart-to-heart” (MSG).

Joseph always focused on the big picture. Even while suffering, he kept a long-term vision. He trusted that God was in control, and all would all work out in the end for God’s glory.

Joseph held a powerful position in Egypt, but he remained humble. God worked in Joseph’s life and grew him into a man full of integrity and humility. Joseph didn’t focus on his discomfort. He trusted in God’s plan, even when he didn’t know the whole journey. He merely walked in obedience, content to be doing his part to bring God glory.

I have always liked the story of Joseph, but after realizing the above, I’m inspired to emulate this biblical character. I want my focus to remain on God and others instead of turning inward when faced with a trial. I want to trust in His plan for my life and His power to make it happen.

God blesses a humble heart. We need to stop focusing on our own desires and instead seek ways we can serve Him with a humble heart. He is the same God who watched carefully over Joseph and rewarded his faithfulness. 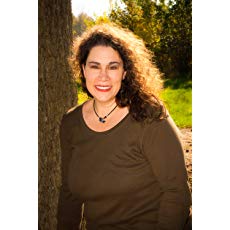 About the author: Cheri Swalwell is a Christ follower who thoroughly enjoys her calling to be a wife, mother, and writer, in that order. Cheri’s devotional book series, Spoken from the Heart, and two other books, Hope During Heartache and Caring for the Caregiver are available through Amazon. She would love to connect with you through her website, www.cheriswalwell.com or Facebook: www.facebook.com/pages/cheri-Swalwell.

Cheri’s latest release, Marriage Matters, features eleven couples’ marriage stories. You will find wisdom and encouragement from their experiences and help for living out your own marriage.

Join the conversation: What biblical character stands out as a example for you to follow?

One thought on “A Worthy Example”