If I rise on the wings of the dawn, if I settle on the far side of the sea, even there your hand will guide me, your right hand will hold me fast.  Psalm 139:9–10 NIV

I remember holding my newborn baby daughter for the first time and being overcome with joy, awe, wonder . . . and paralyzing fear. I silently prayed something like, “God, thank You for this beautiful new life. Thank You that Christie Anna arrived safely and is healthy and strong. Please don’t ever let anything happen to her, because if you ever take her, I will die.”

It was one of those white-knuckled, fist in the air prayers, where I thought I had just made a deal: I’d be willing to go through anything myself, and He was to keep anything bad from happening to my baby.

I didn’t realize it at the time, but I kept those fierce expectations locked in my heart for five years, until our family was living in China. Kelly was just three when we landed in Beijing, and her big sister Christie was five. Upon our January arrival, all four of us were immediately hit with upper respiratory illnesses, due to the bitter cold and the horrible pollution. It was especially hard on Kelly, so tiny for her age.

I was often gripped with fear about Kelly’s health. Toward the end of our first year in Beijing, she became extremely sick with a high fever and a sore throat that was not going away. The doctor at the international clinic refused to give her antibiotics, because the rapid test for strep was negative.

After two long days, my mama bear instincts kicked in, and I called my pediatrician back in the States. He got on the phone and said, “This is a first, a call from a mom in China!” Though he couldn’t diagnose her from thousands of miles away, he did encourage me to get her on antibiotics just in case it was strep, which can be deadly if untreated.

The clinic wouldn’t be open for five hours, and there were no 24-hour urgent care clinics. The closest hospital was hours away, and Kelly was finally sleeping peacefully. I knew I had to wait out the night.

I look back at those terrifying, middle-of-the-night hours in Beijing as a turning point in my life. Fear escalated to the point where I understood what it must be like to have a breakdown. I knew I had to get a grip on myself in order to mother my child.

Finally…and I mean finally…I cried out to God. I asked Him to rescue me from the dark fears that were pulling me under. I imagined I had Kelly in my arms (though she was sleeping in her room down the hall), and I lifted her to Him. I told Him that I knew He loved Kelly even more than I did, and that she was His. Truly HIS. I promised to trust Him, love Him, and follow Him…no matter what He chose for my baby girl’s life.

I meant it. Soon the beyond-our-understanding-peace promised in Philippians 4 began to cover me, and finally, I fell back to sleep. But when 8:00 a.m. arrived, you’d better believe this mama bear was at the clinic, demanding antibiotics.

Kelly is now 28-years-old and just had her first baby in April. His name is William, which means Resolute Protector, and he is glorious!

Soon after my surrender to God while in China, He led me to some verses that I have clung to as a reminder when anxiety tries to grip me, because yes, I still wrestle with worry for the safety of my loved ones:

“We do not want you to be uninformed . . . about the troubles we experienced in the province of Asia. We were under great pressure, far beyond our ability to endure, so that we despaired of life itself. Indeed, we felt we had received the sentence of death. But this happened that we might not rely on ourselves but on God, who raises the dead. He has delivered us from such a deadly peril, and he will deliver us again. On him we have set our hope that he will continue to deliver us, as you help us by your prayers. Then many will give thanks on our behalf for the gracious favor granted us in answer to the prayers of many” (2 Corinthians 1:8–11 NIV).

I know that God could have chosen a different story for our Kelly that night, and I am forever grateful that her health was restored. But I know many fellow-moms with a different story. Their beloved children are now in heaven. Sometimes He saves us from our fears, but other times, He carries and covers us in the midst of our fears being realized.

God’s “delivery” can look very different from one life to another. But our trust is in God alone. He holds us in His right hand and will never let go. No matter what. 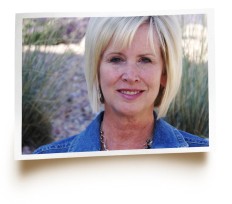 About the author: Judy Dunagan served as a women’s ministry leader for twenty years before joining Moody Publishers as the Acquisitions Editor for women’s books and discipleship resources. A wonder-seeker who chases knowledge of God and His Word, Judy is passionate about discipling women and making God’s Word come alive. She has led women’s Bible studies in her home, local church, and abroad in Austria, Brazil and China. She helped launch the new women’s Bible study line at Moody (MoodyPublishersWomen.com).

Judy serves on the board of Deeper Walk International, which was founded by her father. She often teaches on the power of prayer and our protection in Christ. Judy and her husband Rick live in the Colorado mountains and are the overjoyed grandparents of three new grandbabies. Visit Judy’s blog at judydunagan.com where she writes about leaving a legacy for future generations.

Join the conversation: What about you? We’d love to hear how you’ve learned to surrender your fears to God, or how He helped you get through your own dark night of the soul.