Once only inhabited by a small Japanese civilian community of sulfur miners and sugar farmers, the island of Iwo Jima became a stronghold of pivotal importance in World War II. As the war progressed, Japan evacuated its citizens from the island and prepared for the inevitable Allied forces invasion. A huge number of bunkers, hidden artillery, and an amazing eleven miles of tunnels were in place by 1944. Twenty-one thousand soldiers were at the ready when Allied forces began firing on Iwo Jima.

On the fourth day of the battle, the first objective was captured: Mount Suribachi. Five marines and a Navy corpsman were photographed raising the American flag at its summit. That moment is now immortalized in the Iwo Jima memorial in Arlington, VA.

Once the high ground was secure, the invasion slowly moved northward. Very heavy fighting continued. The Japanese fighters considered surrender dishonorable and most tenaciously fought to the death. But the Allied forces eventually took the airfields and remainder of the island. A month into the invasion, the island was officially declared secured.

Even so, over 3,000 Japanese troops remained in the island’s maze of caves and tunnels. For many days afterward, still more American lives were lost as they worked their way through the tunnel system routing those that refused to surrender. The battle may have been won, but the enemy continued to fight, determined to take in their death as many with them as possible.

While the Allied victory was a great triumph, Jesus Christ won the greatest victory the world has ever witnessed. The Son of God, after three days in the grave, rose from the dead. No longer are we under condemnation for our sin. It was dealt with, paid for, and cast from us as far as the east is from the west. The victory is already ours because Christ has already won.

The enemy has been soundly defeated. Satan’s future final demise is already recorded in the Bible, when he is cast into the lake of fire to suffer torment for eternity (Revelation 20:10). It is just a matter of time before God finally ends his reign on earth.

Yet while victory has been recorded with indelible ink, the skirmishes still go on. While we were given new life at our salvation, we still struggle against our old sinful nature which relentlessly demands satisfaction, and we fight the enemy ever-tempting us to sin. Paul described him as “the prince of the power of the air…the spirit that is now working in the sons of disobedience” (Ephesians 2:2 NASB). Peter warns “Be of sober spirit, be on the alert. Your adversary, the devil, prowls around like a roaring lion, seeking someone to devour” (1 Peter 5:8 NASB).

The war may be over, but the fighting continues on.

These skirmishes are a part of the life we live until Jesus returns. In fact, God has carefully equipped His soldiers to fight the good fight (Ephesians 6:10-18). Satan may have lost the war, but he is deadly serious about taking as many down with him as he can before his reign of destruction comes to an end.

We may even lose some of these skirmishes, especially when we attempt to fight in our own strength. But it is important to remember in those moments of depressing defeat: the war’s victor has already been determined. The Good Guy won. Our hope is not in the circumstances of this world. It is in the future God has prepared for us, “an inheritance which is imperishable and undefiled and will not fade away, reserved in heaven for you.” (1 Peter 1:4 NASB)

Nothing that happens to us on earth will impact the surety of our salvation. The victory belongs to the Lord. 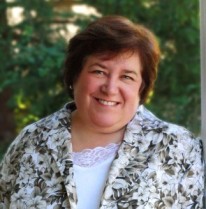 About the author: Julie Coleman helps others to understand and know an unexpected God. A popular conference and retreat speaker, she holds an M.A. in biblical studies. Julie is the managing editor for Arise Daily. When she is not glaring at her computer, she spends time with her grandchildren, gardening, or walking her neurotic dog. More on Julie can be found at unexpectedgod.com and Facebook.

Does the Bible depict women as second-class citizens of the Kingdom? Jesus didn’t think so. Unexpected Love takes a look at the encounters that Jesus had with women in the gospels. You will fall in love with the dynamic, beautiful, and unexpectedly personal Jesus.

Join the conversation: Have you been involved in a skirmish lately? Please share!

3 thoughts on “The Skirmishes Go On”